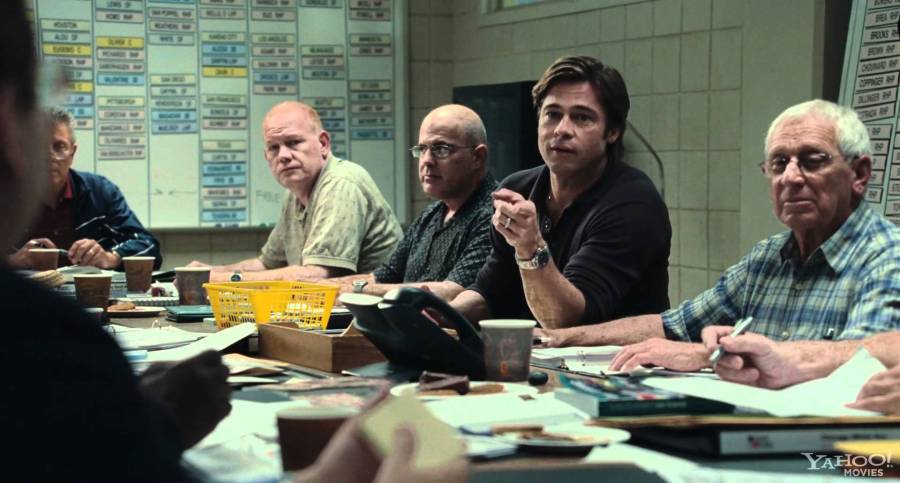 The movie Moneyball publicized a trend visible in select MLB front offices and in the minds of analytical baseball writers across the country. Through the likes of Brad Pitt and Jonah Hill, cinema introduced the American public to sabermetrics and advanced statistics in baseball.

Ever since the inception of the most thought-provoking baseball movie to this day, the incorporation of numbers in baseball has skyrocketed and progressed to unimaginable levels. On-base percentage, which was an advanced statistic featured and echoed by A’s front office executive Billy Beane in Moneyball, can be substituted out for a new, more advanced metric: wOBA (Weighted On Base Average).

I, myself, hadn’t necessarily kept up with the advanced statistic push until last summer. Like many Americans, I thought it was too complicated to dive into and understand, so I let others do that work. In the end, I simply wanted to be entertained.

About 13 months ago to this day, that changed quickly for me. I was shadowing a reporter with WGN Radio at Wrigley Field and introduced myself to a former Baseball Prospectus Editor who will go unnamed. The editor offered me an internship with ‘BP’ doing game coverage for some of their local sites.

To ‘earn’ the internship, for lack of better vocabulary, I had to impress him in a trial game recap of a Cubs vs. Nationals game. I remember the editor giving me the correct format of the site’s recaps and telling me to include at least one advanced statistic or tidbit that wouldn’t be found in recaps of a newspaper beat writer.

Watching that game changed my way of viewing baseball. I examined each starter’s pitching arsenals with Pitch F/x and looked into their BABIP’s and HR/FB Ratios. I explored a deeper world of baseball analysis. By the end of the night, I was almost stressed out by the incorporation of advanced analytics, but I received the internship.

13 months later, the way I watch sports is monumentally different. I haven’t necessarily geeked out in basketball, football, and hockey like I have in baseball, but I view each game differently.

One of my biggest adjustments when it comes to viewing sports is neutrality. Like nearly every other sports fan, I used to pick a side and root for them like I was a die-hard. While I admittedly had fun, I didn’t gain much knowledge out of it. It also took an emotional toll on me, as I would often struggle to get over heartbreaking losses.

Instead of letting the game swing my emotions from happy to sad repeatedly, I now try to stay neutral for the most part. While some scream at the television because ‘team A just scored,’ I look at team A’s ball movement and catch why team B’s power forward didn’t slide over on the baseline to play help defense. In the end, even in games in which I prefer a team to win, I notice the little things.

By no means am I saying everybody should watch sports the way I do. Frankly, if I weren’t an aspiring sports journalist, I probably wouldn’t watch sports like this. 15-year-old Charlie would be stressed out by the thought of laser-focusing in on baseline defense for a quarter. In the end, sports are for entertainment purposes, so watch however you’d like.

My neutrality stance has welcomed many laughs and criticisms. People have scoffed and remarked at my ‘attempt to be professional’ and have classified my way of viewing as boring. To reiterate, sports are for entertainment purposes, so watch however you’d like.

I’d describe my sports viewing style as analytical, but relaxed. I still get excited, but my levels of happiness outweigh those of sadness no matter the sporting event at this point. I don’t emotionally swing anymore over games and I appreciate the great play that, for the most part, I’m able to watch.

The purpose of this article was to display the way I view sports and gauge how the rest of you view sports. Feel free to email me (clarkecharlie@sbcglobal.net), DM me on Twitter (@CWClarke18), or comment below and tell me how you watch sports or a story of how your viewing experience has changed. I’d love to hear from as many of you as I can!

Charlie is a journalism student at Mizzou, an intern at Baseball Prospectus and publisher of internsbigten.com View all posts by Charlie Clarke