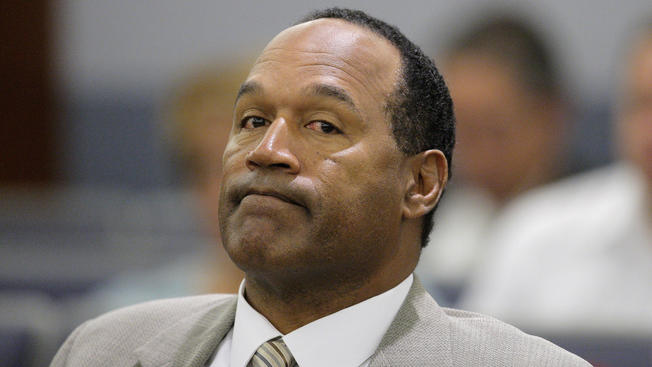 The public outcry about violence against women committed by athletes, for many Americans, began in 2014. When we saw Ray Rice hit his wife in the elevator, on video, it opened our eyes to how ugly domestic violence truly is.

In many ways, that video changed everything. Leagues enacted stricter policies, players began being held accountable for their actions, and most importantly, teams were seeing public backlash for allowing violent athletes to play.

This change has been good for everyone. People have started to show true empathy for victims and true discomfort when their teams employ their attackers. We are not all the way there on domestic violence, but we are making progress.

Truth is, however, it shows just how long it has taken us to come around to this sentiment. Domestic violence did not start happening in 2014, 2010, or 2000. Domestic violence has long been an issue in our society. A prime example: O.J. Simpson.

In the latest documentary on O.J.’s athletic and post-athletic career, “O.J.: Made in America”, the five-part ESPN 30 for 30, we see that covering up domestic violence has long been an issue in America and athletics. The issue far out dates even the 1970’s football star.

Orenthal James Simpson’s relationship with Nicole Brown, his wife of seven years was chronicled in the documentary. Somehow, despite multiple incidents, run-ins with the police and friends of the couple corroborating the events; O.J. was never brought to trial for the alleged physical and verbal abuse he put his wife through.

The police, their friends, and their family, all listened to OJ’s excuses. All the while, Nicole’s attempts to disclose went unheard. The issue is not whether or not she came forward; the issue is that nobody else did.

We learn in the ESPN special that police officers had been to their home before. They had seen her bruises and they allowed themselves to be charmed away. ESPN’s special showed OJ’s friends and Nicole’s family knew the couple was in a volatile relationship, but they also took no steps to come forward.

In instances such as these, there is no such thing as an innocent bystander. Every time someone ignores assault, they further the issue. It becomes more difficult for victims to come forward and leaves them in a dangerous situation. It also reinforces victim-blaming and increases speculation about their circumstances.

OJ’s story taught us many things. OJ transcended race in times of civil unrest. He became an American-icon. He also came crashing down, unlike anything we have ever seen before.

In the end, the lesson I hope we all learn is that violence against women is an issue that escalates when ignored, so let us never ignore it again. That way tragedies like Nicole Brown and, more recently, Baylor never happen again. That way we can be proud to look up to athletes and all the great things sports can be.