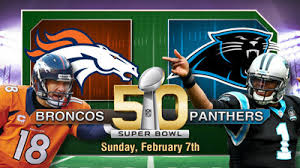 In my life, there are 2 seasons, and I am not talking about the weather patterns in Texas. I am talking about “football season” and “not-football season”. Do not get me wrong. March Madness, Opening Day, and the NBA Playoffs are plenty of calendar worthy events to fill up the off-season. And if you sprinkle some college baseball in there you might even forget what you usually do on Sunday afternoons, but there is nothing quite like football. That holds even more true when comparing other sporting events to America’s biggest television draw.

“The Big Game” is finally here. This is somewhat of a sad time for me, as it is for many football fanatics. After 6 long months of marvelous collegiate and professional football, the lasting memory of almost every year is made. The game typically marks the end of a memorable season filled with excitement and story lines to lead you into the next. This year is different. This year it is the ending every sports fan could dream of. Two totally different story lines drive the bandwagon for each team.

The Panthers were expected to be a .500 team this year, they lost their top receiving threat before the season, their top corner and Cam Newton were getting into altercations at training camp, their coach was assumed to be on the hot seat prior to this season, the ownership/management group seemed set on not acquiring elite offensive skill pieces and they might have been the only team in the division who entered the year trending down. They overcame all these obstacles and now currently feature a young, famous, MVP-candidate QB, an elite defense, and they have the leagues highest scoring offense despite their only notable offensive starters being Cam and Greg Olsen. Their (17-1) record is as shocking as any in NFL history. It only makes sense that Cam’s large ego and even larger personality fill the seats for Super Bowl 50.

The Broncos are the opposite. When Peyton Manning arrived in 2012 his sole mission was to be the quarterback of a Super Bowl champion. The team had stable ownership, a GM by the name of John Elway (maybe you have heard of him?), and a roster stacked with All-Pros on both sides of the ball, that they only kept improving. The Broncos have reached the playoffs all 4 years and played in a Super Bowl 2 years ago with one of the best offenses in NFL history. This year the team thrives on defense, but do not be fooled. There is not a position group on the field that the Broncos do not excel in. They also deserve to be here and have a fitting story line of Peyton Manning coming back from injury to win another Super Bowl before he calls it quits.

This game features two teams that do not usually play each other, two coaches that have yet to win a Super Bowl, and two quarterbacks on a mission to prove something. Peyton Manning is trying to prove that he’s more than just a regular season quarterback with 1 great playoff run and Cam Newton is trying to prove that he is a champion at the highest level of the sport and possibly the game’s most dangerous player.

In all honesty, while these are 2 of the games most notable quarterbacks, they are also the most noticeable difference between the teams. One of these team’s has a quarterback that transcends the sport and carries a supporting cast of nobody’s. The other team has a pro-bowl receiving core, but is barely ranked in the top half of the league in Passing Yards/game. 2 years ago, I would never have guessed that Peyton Manning would be a significant downgrade at quarterback in comparison to the other team, now it is obvious. Cam Newton is probably the sole reason Carolina thrived this season, while QB-play has largely been a part of the problem in Denver.

The defense is as good as you will find in the league, but the lack of an offensive attack in the Mile High City has led to, what I would call, underachievement. Let’s be clear, if Peyton Manning starts looking like early-season, turnover prone Peyton Manning again, this game could get ugly. On the flip side, if he can have sustained drives and the Bronco’s can run the ball, they have enough defensive prowess to slow down the leagues most potent player. The struggles of the Broncos actually might make them more likable, though. Which feeds into why this Super Bowl is so great. It has everything you could root for.

This Super Bowl actually has 2 teams that are almost hard to root against. Nothing about either team should bother people. Charlotte and Denver are very favorable cities. They are not too big or too flashy, but they are modern and welcoming. Neither team has won too much recently, so there is no fan-fatigue. The 2 quarterbacks are proven winners and seem to find their way into every commercial. None of the notable players on either roster have a reputation as a criminal and both teams have several players that do a lot of good things for those less fortunate. I am having a hard time choosing who to root for! (I really love Cam’s charisma, but seeing Manning ride off into retirement with another ring would be great too)

In the end, root for who you want, but appreciate the Super Bowl you never get. A Super Bowl where neither team is a worn out story line or a rematch of a regular season game. Everything about this game is refreshing and “different” is something we do not get enough of in sports.

One thought on “Opposites Attract”